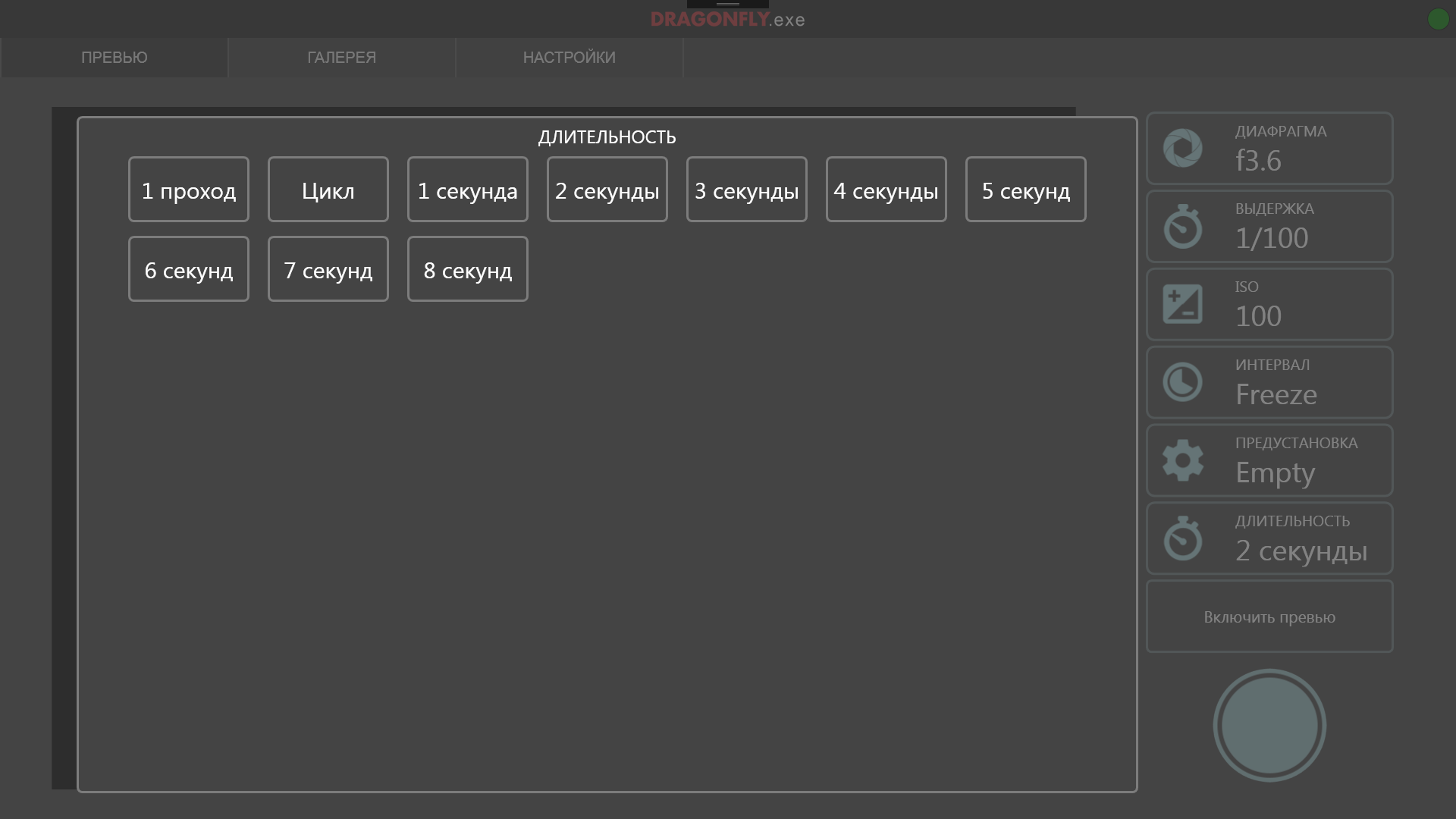 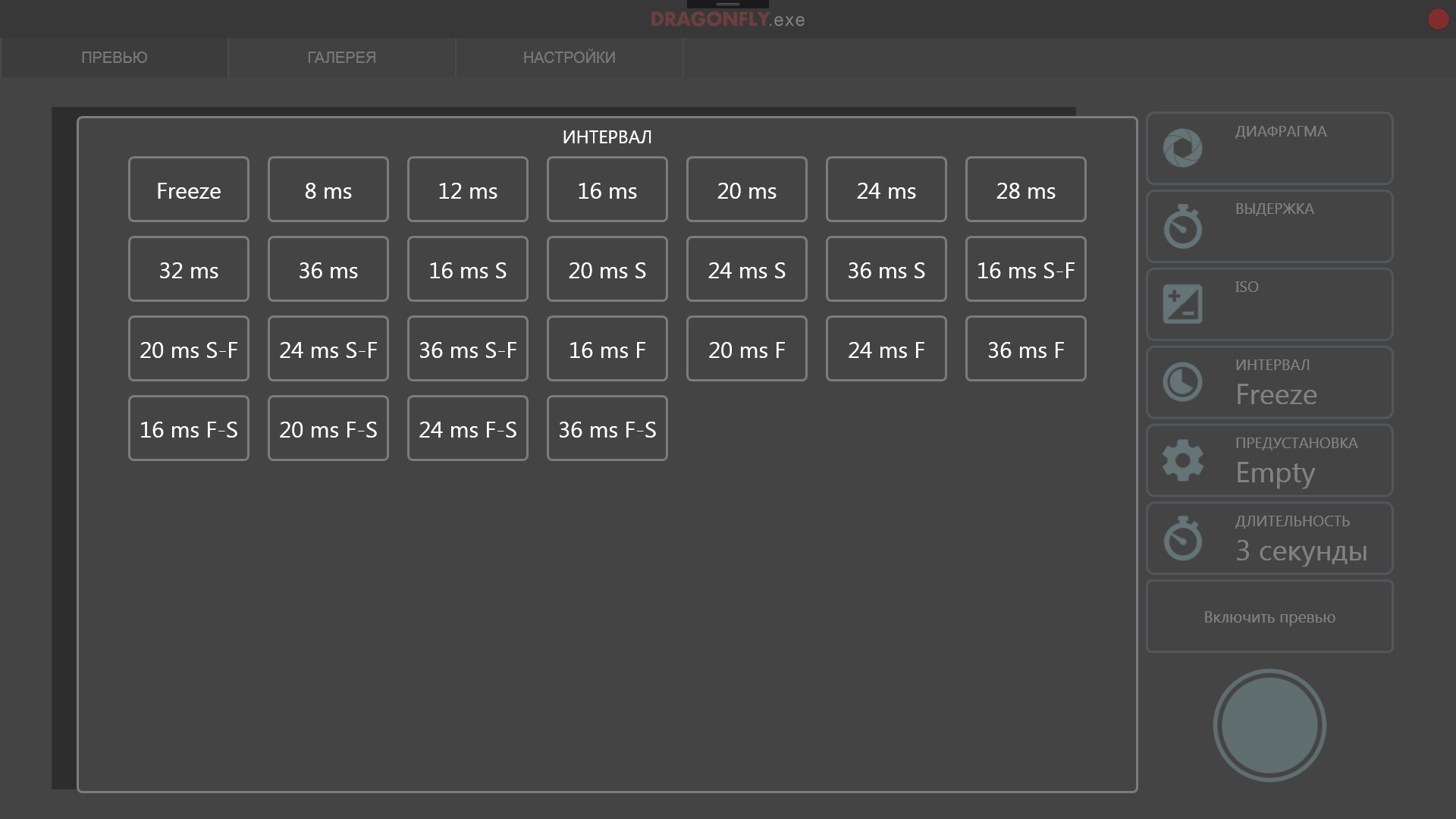 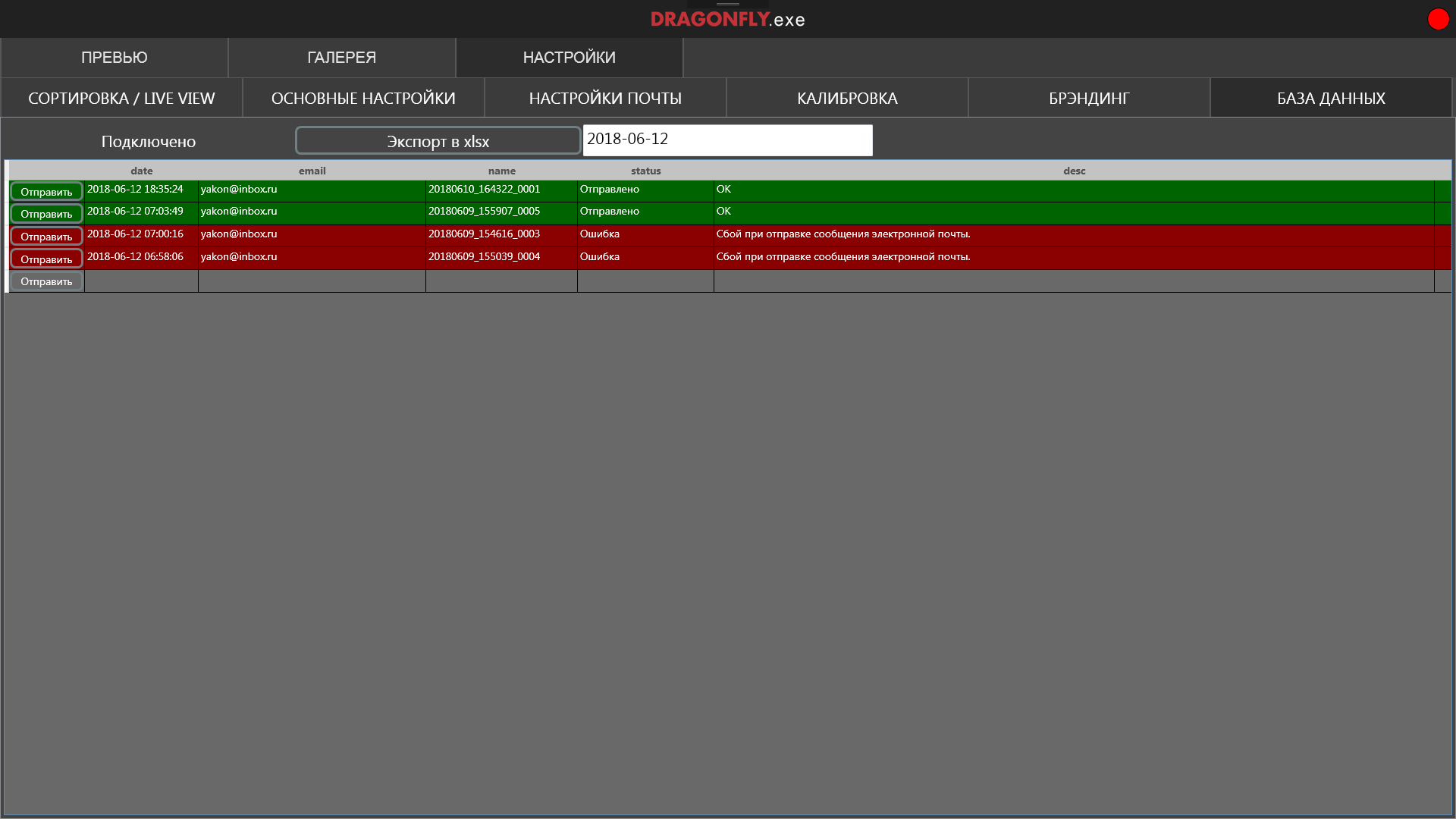 Dragonfly (1.0.5):
+ Photo from the central camera, small animated image in gif format and high-quality video in mp4 format with a resolution up to 4K (selected in the preset settings) are saved now.
+ Added uploading of results to ftp, which allows to significantly speed up and stabilize the sending of emails with slow connection to the Internet.
+ Automatically inserts links to files uploaded to ftp into the template of email.
+ Ability to adjust brightness of lighting of embedded 3D model.
+ Ability to crop photos. 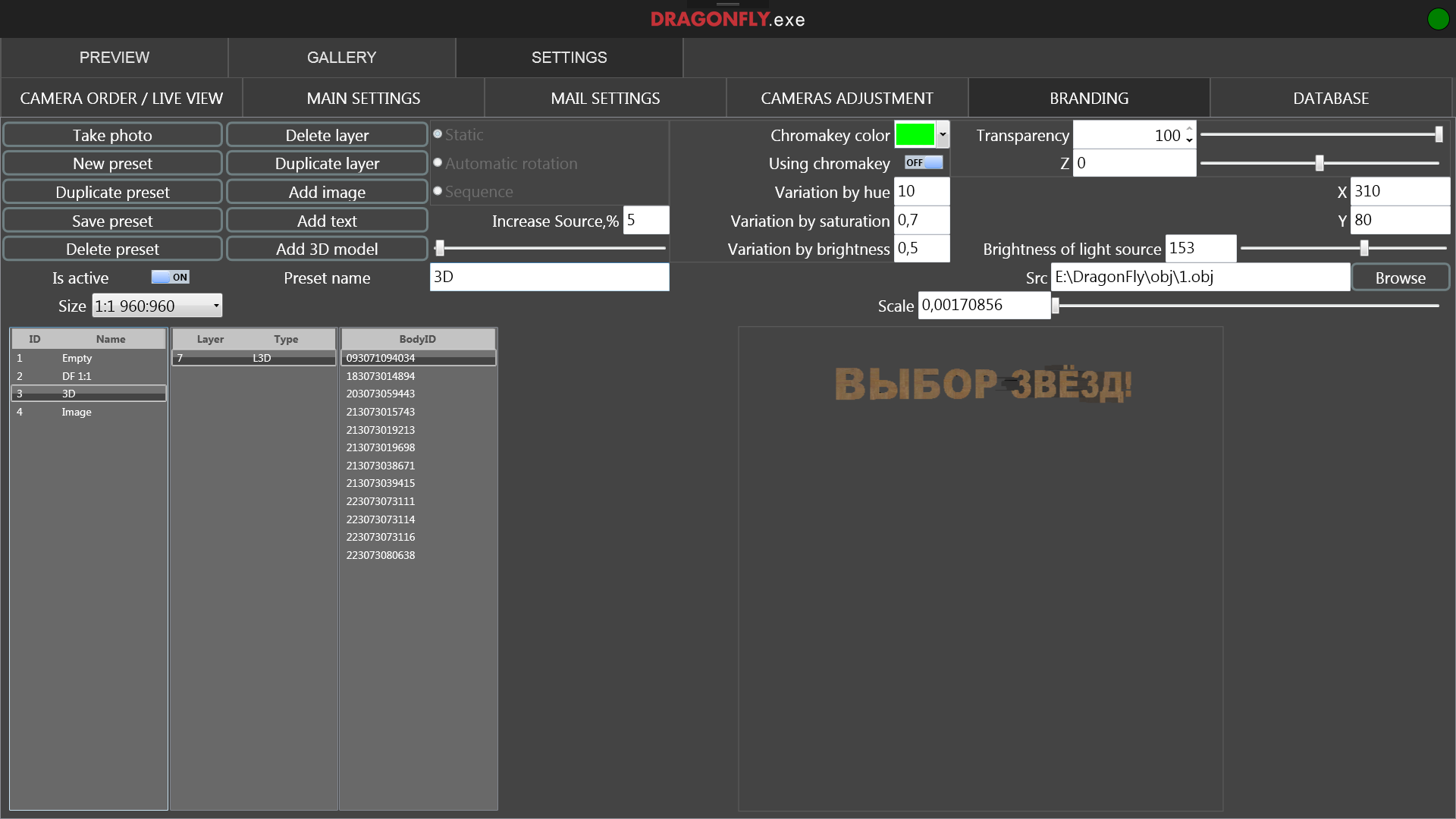 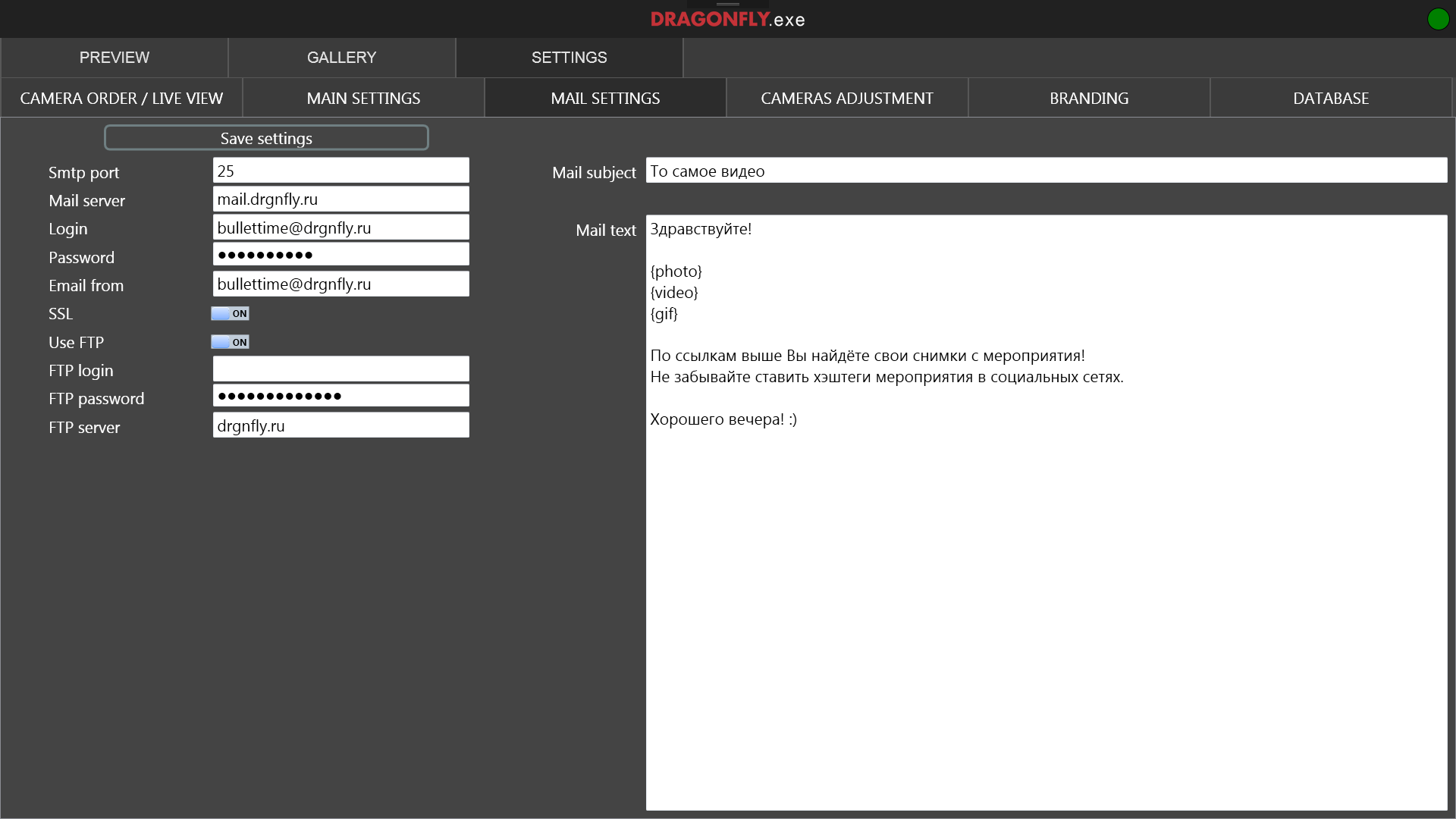 + Added a completely new effect Video + Bullettime!
Now you have the option to freeze the dynamic action.

+ You can synchronize cameras by usb now.
Unfortunately, synchronization error at 1300D is about 3ms. For quick scenes, I recommend using Dragonfly trigger.